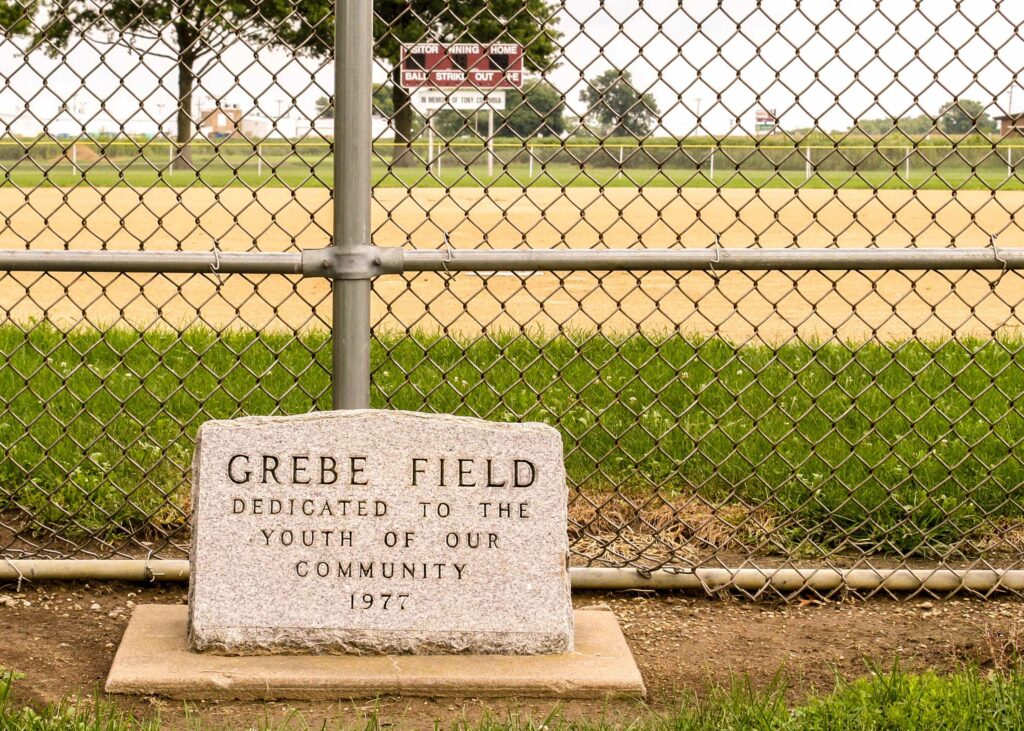 Jacobs Park is located on the east side of Farmington and is one of the most-used parks, especially during baseball season, with the two softball fields and baseball diamond, named in honor or Jim Perelli, Walt Grebe, and Wayne Kersh. There is also a soccer field, large pavilion, restrooms, basketball court, extensive playground equipment, and a batting cage. The park is named in honor of Dr. Frank D. Jacobs, who served as the local doctor for 35 years until his death in 1967 in a car accident in rural Farmington while making a patient call.